Oxygen is used by organisms to indirectly break down simple molecules like amino acids, glucose, and fatty acids, etc., to procure energy to perform many activities in our body.

Carbon dioxide is harmful to our body which is why it is released during the break down of the simple molecules. Thus, we can say that oxygen is the need for the organism and carbon dioxide needs to be released out of the body.

This process of exchange of oxygen from the environment with carbon dioxide produced by our cells is called breathing. It is also known as respiration.

When you keep your hand on the chest, you must feel the chest going up and down. We know that it is due to the process of breathing.

But how do we breathe?

The animal kingdom is big and different animals breathe through different mechanisms depending on the habitat in which they live and the level of organization they show in their body structure and functions.

Exchange of gases in lower organisms

Lower invertebrates like flatworms, coelenterates, and sponges exchange gases by simple diffusion with the help of their body surface.

Earthworms make use of their moist cuticle for exchange.

Insects generally have tracheal tubes ( a network of tubes) for the transportation of atmospheric air in the body.

Pulmonary respiration with the help of lungs is done by most of the terrestrial animals.

Among vertebrates, reptiles, mammals, and birds respire through the lungs.

Amphibians do cutaneous respiration and respire with the help of their moist skin. These animals have gills too and can breathe both on water and land. 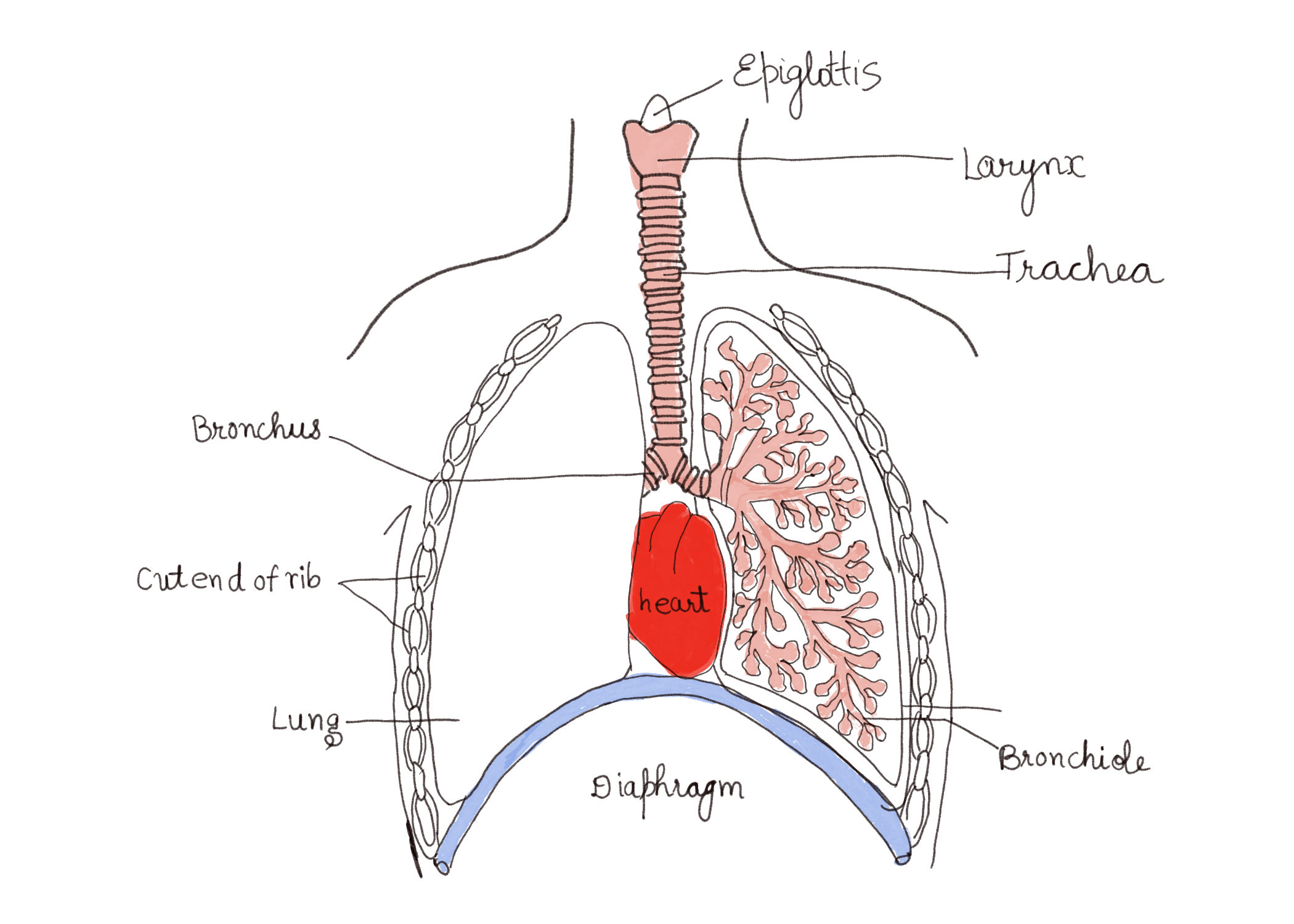 Nostrils – a pair of them are present on the external part of the face just above the lips. It leads to a nasal cavity through the nasal passage.

Pharynx – The nasal chamber opens into the common passage of food and air, called pharynx.

Larynx – It is a cartilaginous structure which looks like a box and helps in the production of sound.

Trachea – It is a straight tube-like structure that extends till the mid-thoracic cavity which further divides into right and left bronchi.

Bronchi – Bronchi also undergoes divisions and form the secondary and tertiary bronchi and bronchioles and are supported by incomplete cartilaginous rings.

Lungs – There are two lungs in our body covered by a pleural layer which envelops the pleural fluid between them.

Steps of the process of respiration

The mechanism involved in breathing 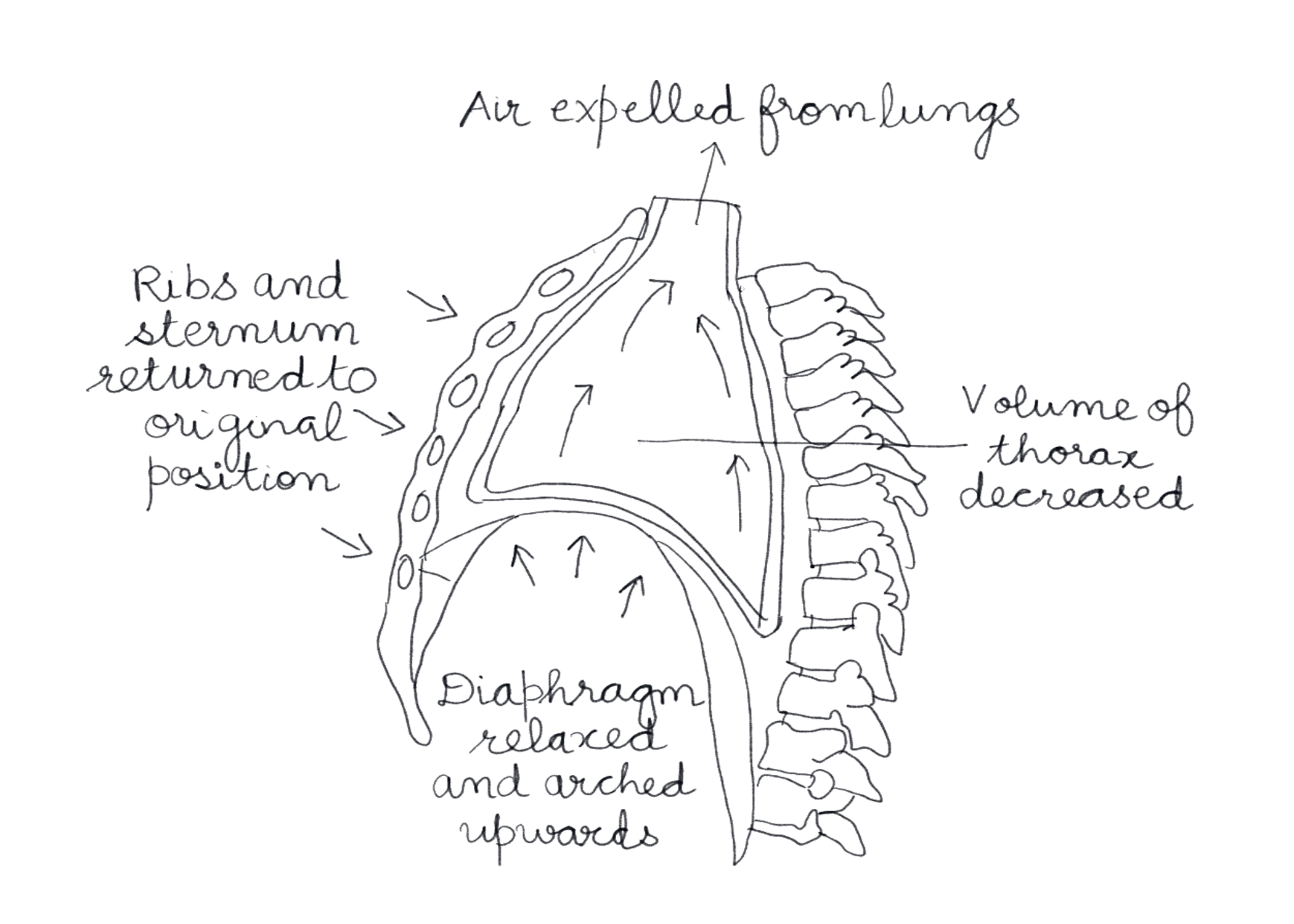