The main site of exchange of gases is alveoli. The gases are exchanged between tissues and blood. Carbon dioxide and oxygen are exchanged in these site by simple diffusion on the basis of pressure or concentration gradients. Two important factors that influence the rate of diffusion are: 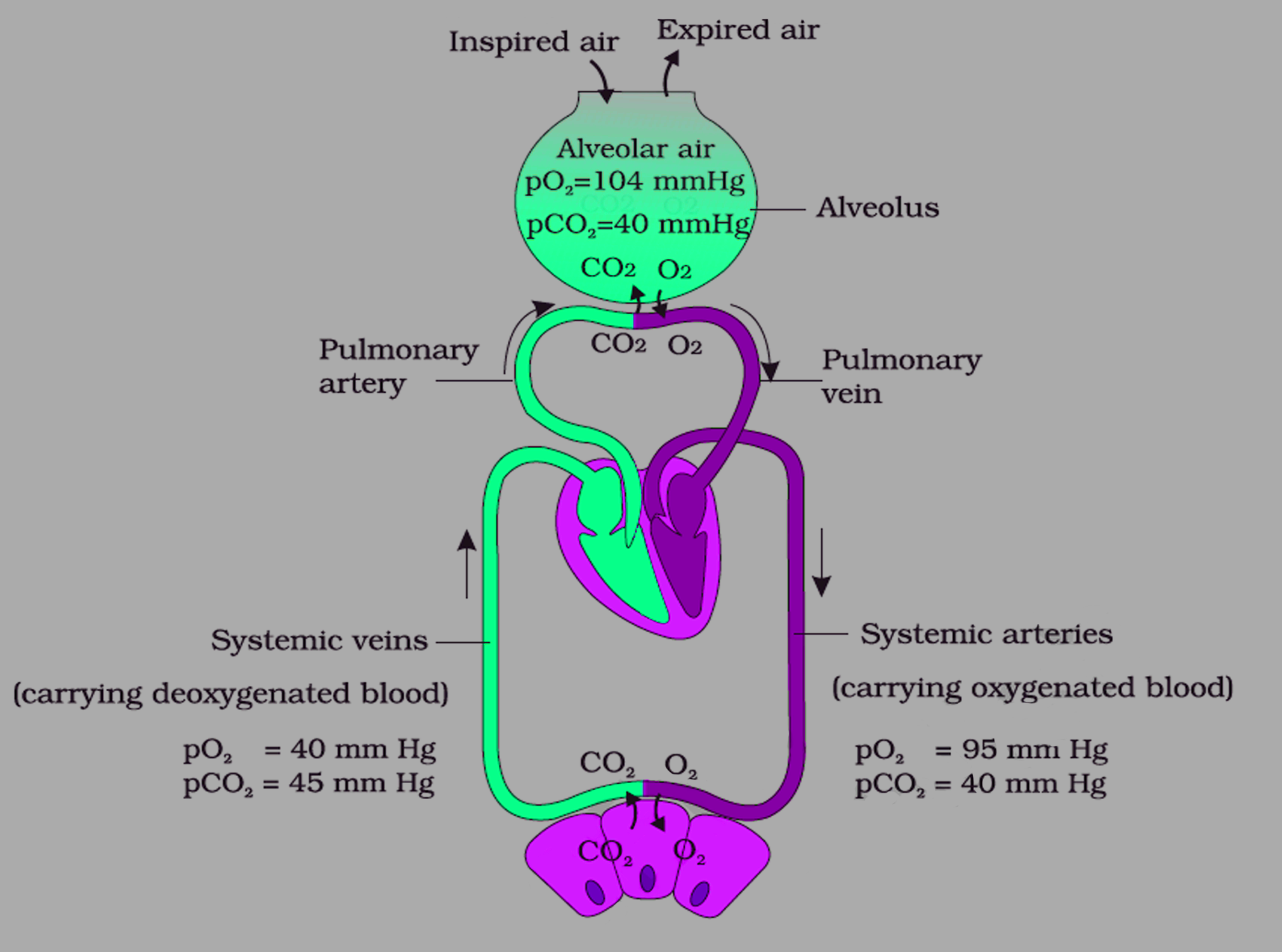 The diagram shows the partial pressures of the two gases in the atmosphere and the sites of diffusion.

All the factors in our body are favourable for the diffusion of oxygen from alveoli to tissue and that of carbon dioxide from the tissue to alveoli. 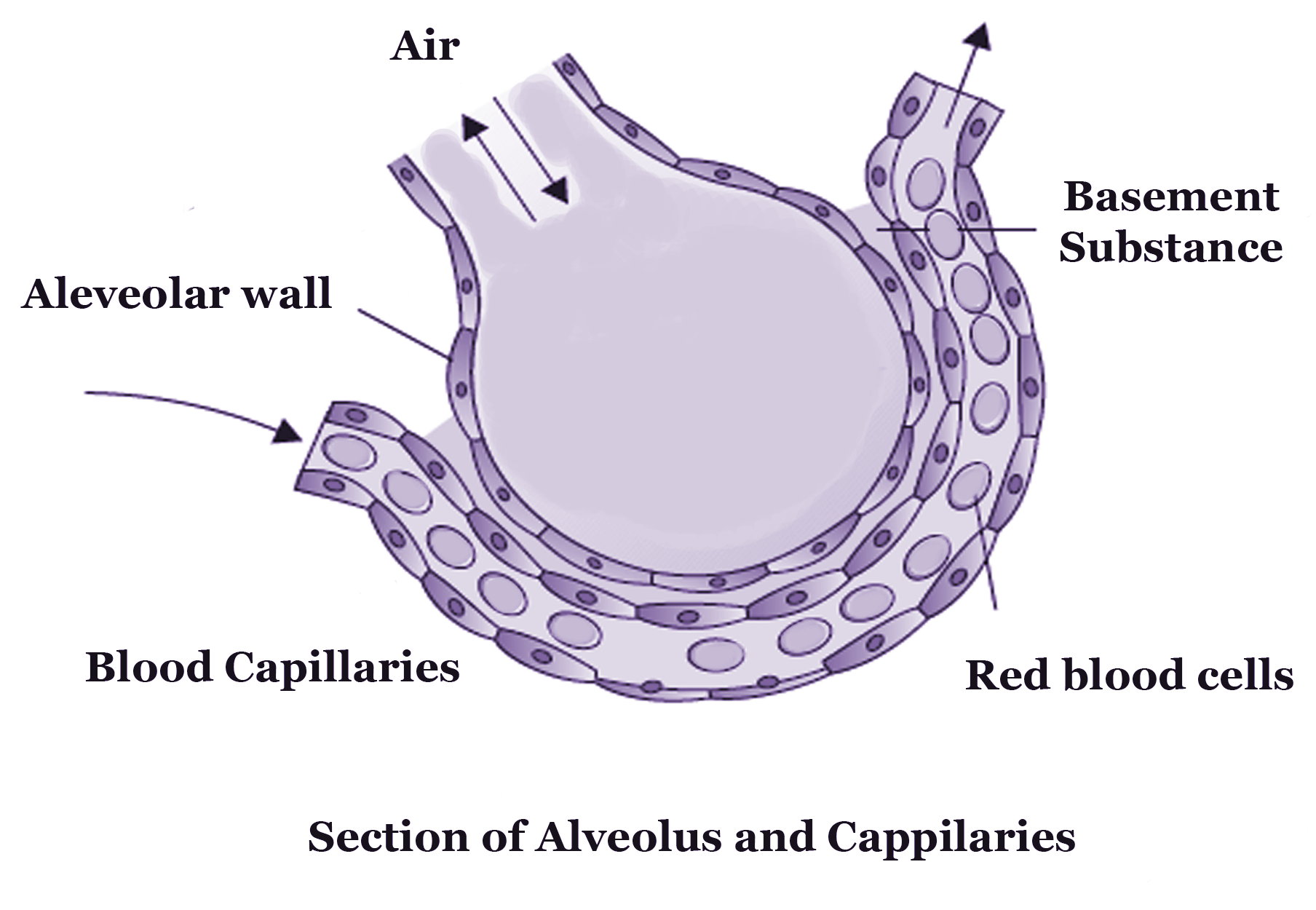 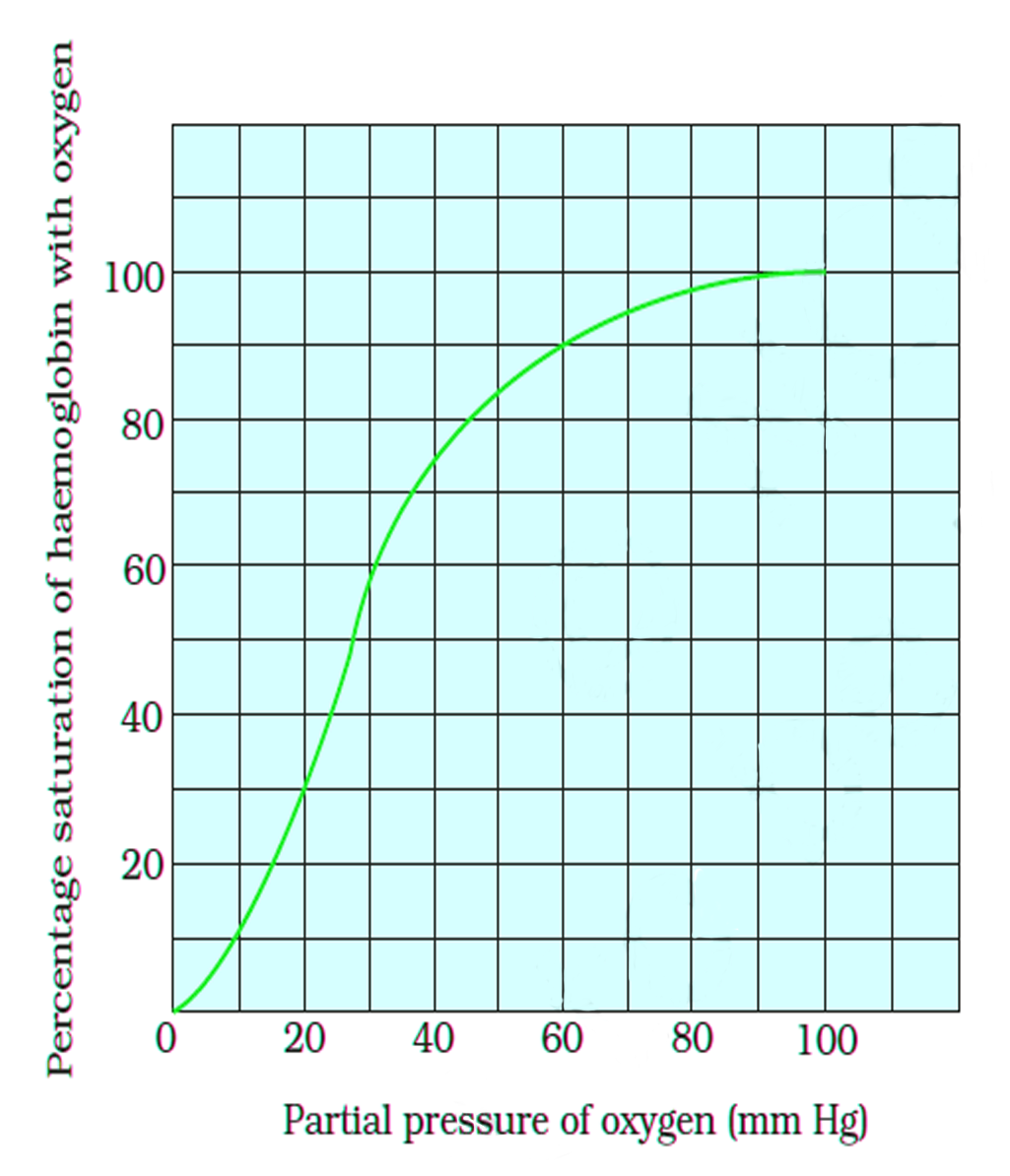 How exercise affects our breathing?

The increase in physical activity and muscle cells respire vigorously when we exercise. The heart rate increases because the body needs more oxygen and releases more carbon dioxide.

Breathing rate is calculated by counting the number of times a person breathe in a minute. The tool used to measure the depth of breathing is spirometer.

How smoking affects our respiratory system?

Smoking can be disastrous for our lungs and can cause many respiratory-related issues and lung cancers.

Tobacco in cigarettes contains nicotine which has the capacity to affect the brain and is addictive.