All the living organisms have basic needs that are more or less similar. The macromolecules like fats, proteins and carbohydrates, and minerals and water are essential for their growth and development

First time in 1860, a German botanist, Julius von Sachs, showed that plants could be grown without soil in a nutrient solution. This technique of developing a plant in the nutrient solution is called hydroponics.

There are many nutrients that are essential for plants. Therefore, let us see what is the criteria that make them essential

These are generally present in tissues of plants in large amounts (more than 10mmole/kg of dry matter). Some of the macronutrients are –

These are also known as trace elements and are required in very small amounts (less than 10mmole/kg of dry matter). These include –

Essential elements can also be divided into four categories based on their various functions. These categories are:

Various forms and functions of essential nutrient elements are given below

The limitation in the supply of some essential element causes the retardation of growth. The concentration of these elements below a certain point, below which the plant starts showing retardation, is called critical concentration. The element is known to be deficient when it is below this critical concentration. Since every element has one or more specific function and role in the growth of the plant, its absence shows in the form of morphological changes. These changes signify the deficiency of a certain element and are called deficiency symptoms.

The deficiency symptoms are different for all elements. These symptoms disappear when the required element is provided to plant in the form of nutrition. However, if the element is not supplied to plant or is not available even after symptoms start showing, the plant may die. The symptoms are shown on the part of plant only where these elements can reach. Some elements are actively mobile in young developing tissues, and these plants show deficiency first in older tissues. For example – the deficiency of magnesium, potassium, and nitrogen can be first observed in senescent leaves. In the older leaves, biomolecules comprising of these elements are broken down that makes these elements available for mobilizing to younger leaves.

On the other hand, the relatively immobile elements tend to show the deficiency symptoms in the young tissues because these are not transferred out of the mature organs. For example, elements like calcium and sulphur form the structural part of the cell and hence are not easily released.

Some of the deficiency symptoms are chlorosis, stunted plant growth, necrosis, premature fall of leaves and buds, and restriction of cell division. 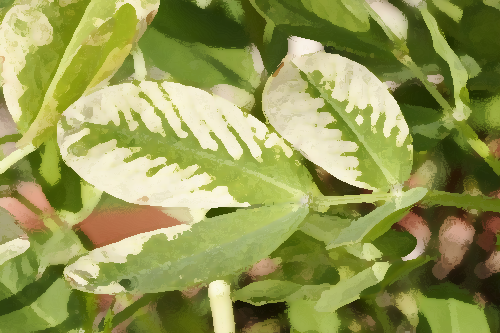 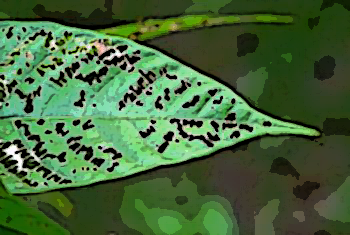 Delayed flowering is also seen in plants due to deficiency of N, S and Mo.

Plants are capable of only absorbing the soluble minerals that can easily dissolve in water. The take minerals in the form of solution through the soil. From soil, these mineral are transported up through root hair cells. However, the soil is not a reliable source of mineral because the concentration of these minerals is very low. 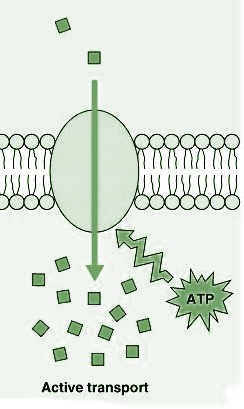 Water is transported in plants by the process of osmosis. However, mineral particles are more complicated than that and cannot be transported through osmosis. This is why active transport is used by plants for their movement.

The cells of the root hair have cell membranes which consist of carrier proteins. These proteins take the mineral ions and transport them across the membrane against the concentration gradient which means minerals do not move on the concept of higher to lower gradients. For this kind of transport, energy is required which is used in the form of ATP (adenosine triphosphate).