Plants manufacture their own food. The process that is involved in the making of the food is called photosynthesis.

Photosynthesis involves the production of glucose from simple inorganic molecules like water and carbon dioxide in the presence of sunlight. 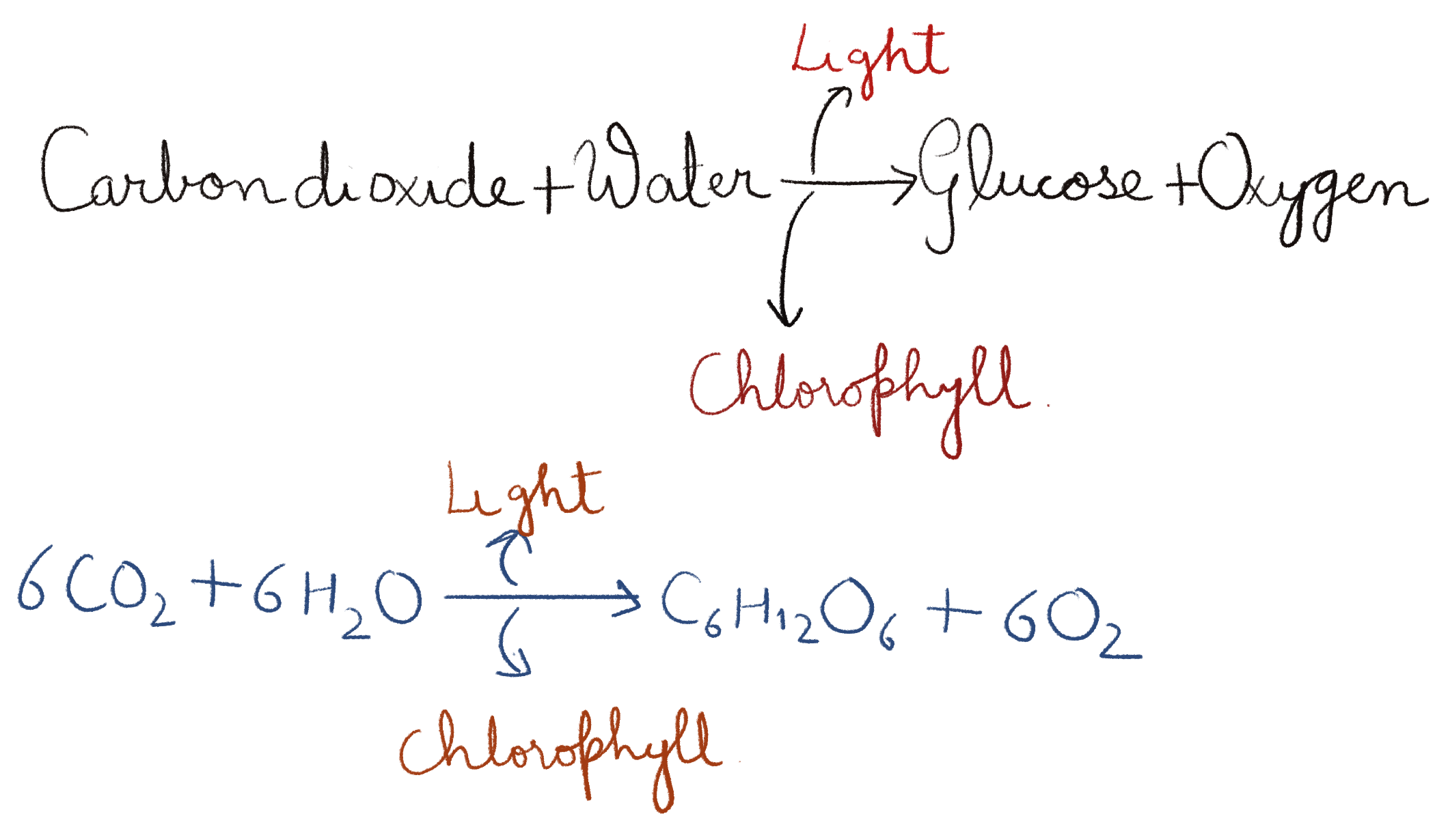 Light is an essential factor and source of energy for the chemical reaction that happens during photosynthesis. It is an endothermic process.

A green pigment known as chlorophyll absorbs the light. This pigment is located in the chloroplasts of the plant cells. The exact location of these cells is mesophyll palisade cells.

Plant leaves are the main organs where photosynthesis occurs. However, other parts also that are exposed to light will possess chlorophyll and do photosynthesis.

The air fulfils the requirement of carbon dioxide that is required during photosynthesis. Carbon dioxide enters leaves through a pore-like structure on leaves, called stomata. The roots bring in the water and transport it to leaves through xylem tissues.

Oxygen is the product that is released in the atmosphere during photosynthesis. Although some of its parts are used for respiration by the plant itself, rest is released to the environment and is sued by other animals and microorganisms. Rate of photosynthesis is high in the day time due to the presence of sunlight, and thus oxygen is released more in comparison to the night time.

The product glucose made during the photosynthetic reaction is used by the plant in respiration. It is the most basic unit of nutrition that helps in the survival of plant and biosynthesis of other materials in the plant. 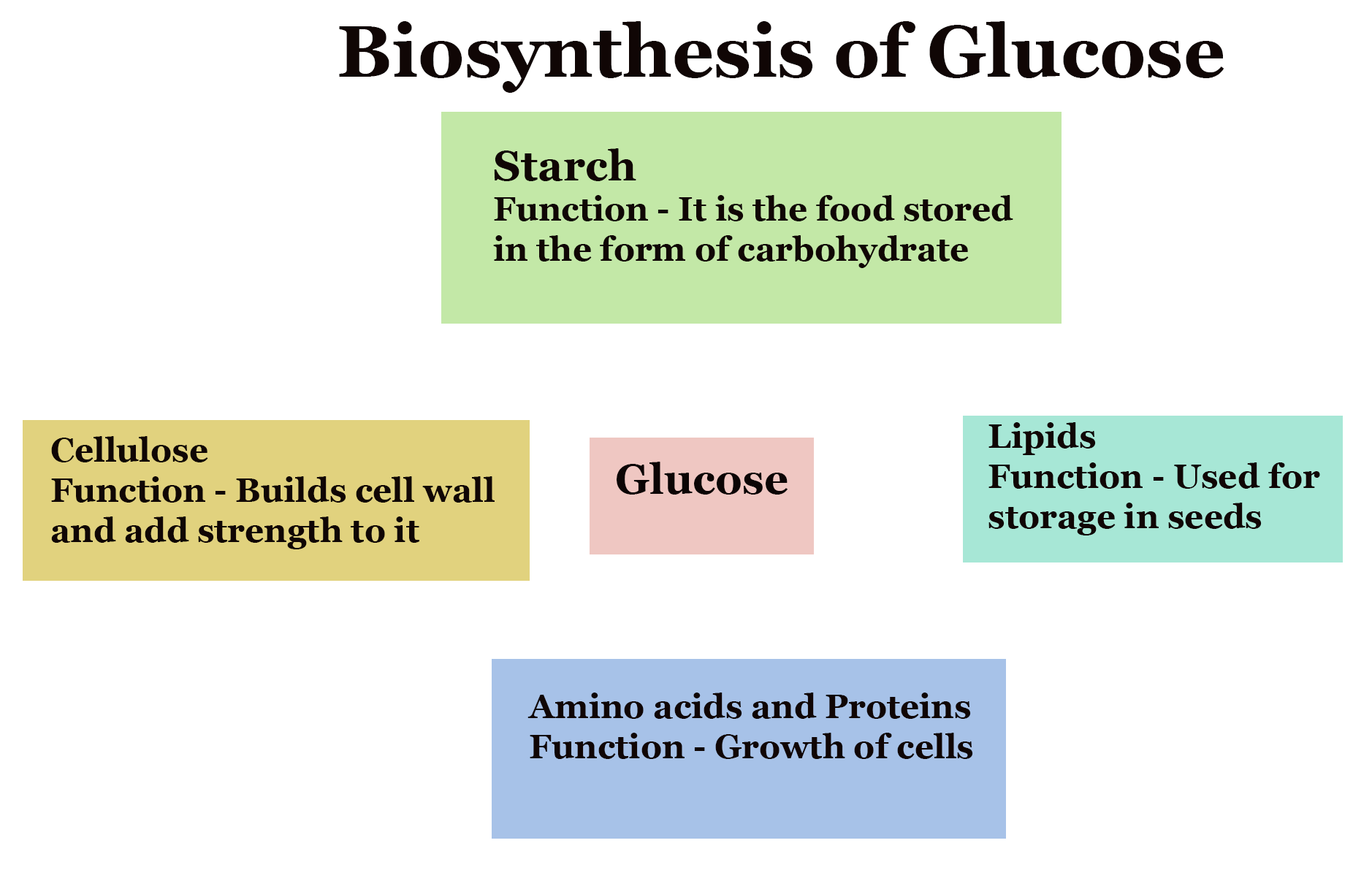 There are many factors that affect the rate of photosynthesis:

Rate of photosynthesis can also be measured in the lab by observing these factors:

Note – These factors are not highly reliable as plants use oxygen and glucose during respiration. 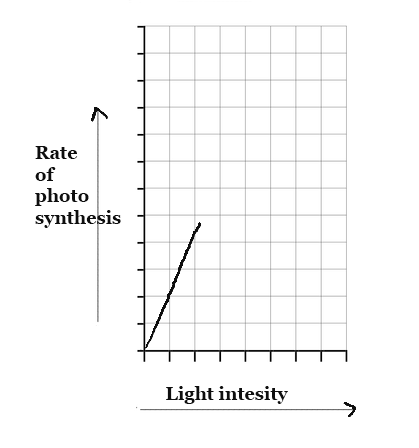 Plants do not support very high intensities of light, and the rate is inhibited in this light. However, this amount of light does not occur in nature.

The concentration of carbon dioxide 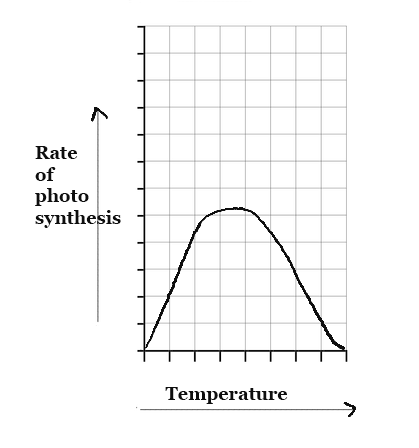 Light energy is absorbed by chlorophyll which is then used in the conversion of carbon dioxide and water into glucose. The green colour of the chlorophyll reflects the green light and absorb the red and blue portions of the spectrum. Leaves with higher amounts of chlorophyll absorb the light in a better way and thus ensure an optimal rate of photosynthesis.

The point of compensation

As you can notice in the graph, the rate of photosynthesis is compared against the different factors. The graphs are a little different when the production of oxygen or carbon dioxide intake is used to measure the rate of photosynthesis. The line does not cross through the start. This is due to the respiration process that uses oxygen and carbon dioxide.

For example – when the graph is plotted with light intensity against carbon dioxide.

The light intensity at which the rate of respiration is equal to the rate of photosynthesis is called the compensation point.

Water is one of the big limiting factors in photosynthesis in the UK. Water is used by plants in various other processes hence plotting a graph for the water is certainly not a reliable and viable option. The most important function of water is its use as a solvent in all kinds of chemical reactions that occur in cells.

The intensity of light is directly responsible for the rate of photosynthesis. You will see the fluctuation in intensity due to the difference in the earth’s receptivity of sunlight that keeps changing. This rate not only changes in day and night but also changes with the change in seasons throughout the year.

The emissions of greenhouse gases have been rising increasing leading to an increase in carbon dioxide content. However, atmosphere accounts for only 0.04 percent of carbon dioxide which quite low in terms of the amount that is required for photosynthesis.

According to some scientists, the rise in temperature due to global warming will negatively affect the growth of plants.

Higher compensation point means that their rate of photosynthesis will be less than the rate of respiration.