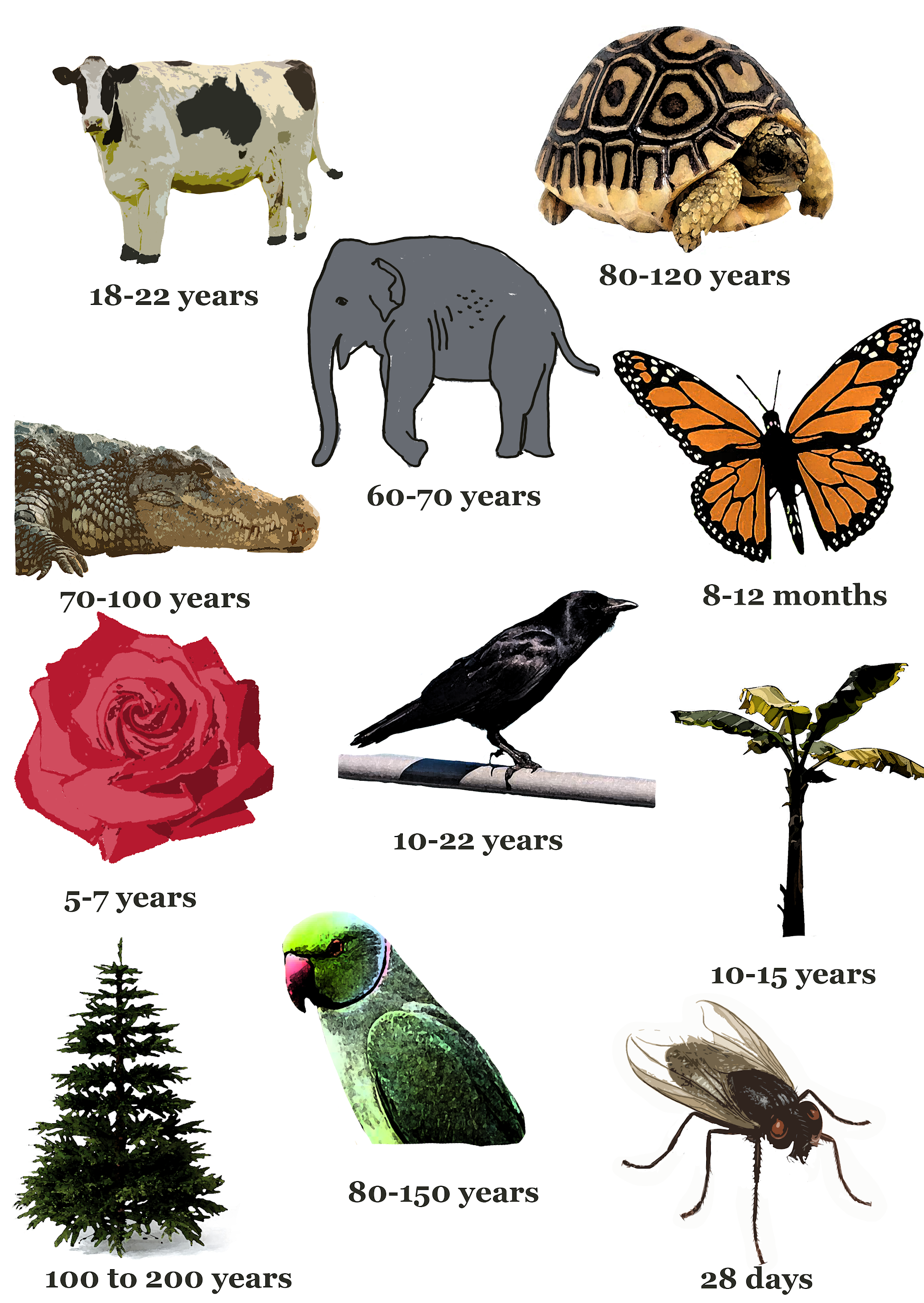 All the organisms that we see around us have a certain time limit of survival. The period from birth to death of the living being is called life span. Some organisms have a life as short as one day, and some live even more than a hundred years. You must have observed that often life span of any living being is not related to the size. Even a small parrot can live for more years than a tiger. The crows and sparrows show a significant life span difference even though both are birds.

Similarly, a peepal tree has much more life span than a mango tree. However, one certain thing is the ‘mortality’ of these organisms. No living being is immortal, except unicellular organisms. Further, we will discuss, how these single-celled organisms continue to live while many big and advanced creatures can’t.

It is a physiological process in which an organism gives rise to offsprings (young ones) that are somewhat similar to itself. The offspring also go through the same cycle of growth, maturation and then produce a new offspring. Thus, the cycle of birth, growth, and death continues generation after generation.

There is a large variety in the biological world, and each living being has developed its way to multiply and produce its next generations.

Factors that affect how organism reproduce are: 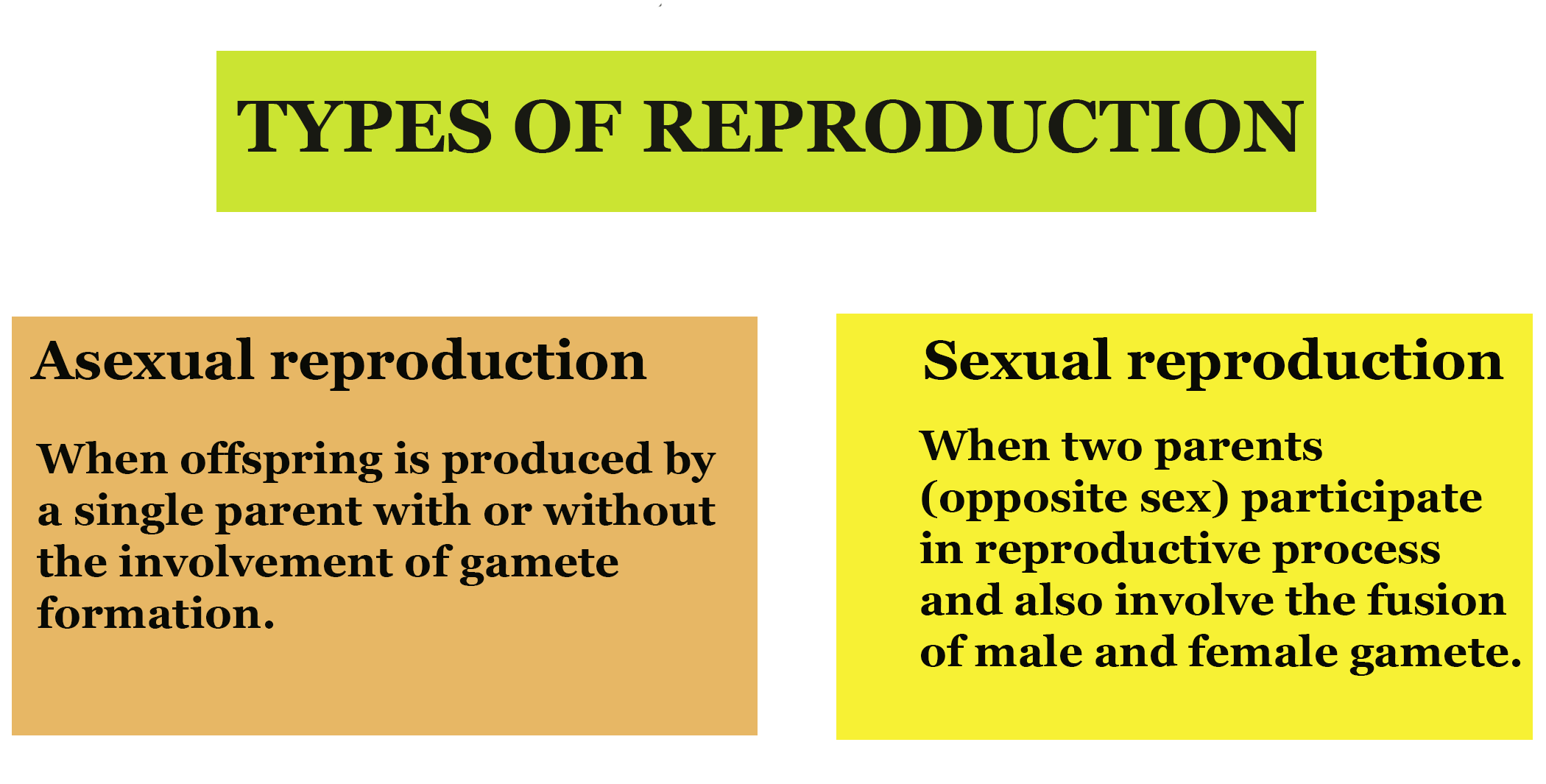 In this method, a single parent (individual) give rise to offspring. As a result, the offsprings are not only similar to each other but are exactly the same as their parents. These organisms are often termed as clone because these are both morphologically and genetically identical. Asexual reproduction is most commonly found in single-celled organisms. It is also found in some plants and animals that have relatively simple cellular structures. In Monerans and Protists, the parent cell divides into two cells and give rise to new individuals. Thus, in these living beings cell division is the mode of producing (reproduction).

The division of an organism in two individuals is called binary fission. A significant number of single-celled organisms reproduce by this method. The two new formed individuals rapidly grow and become an adult and again divide to form another new individual. This process continues giving rise to new generations.

The reproduction by this organism is simple and is done by unequal division of genetic material. The material is distributed to the small bud which remains attached to the parent cell initially and eventually gets separated and go through maturation. 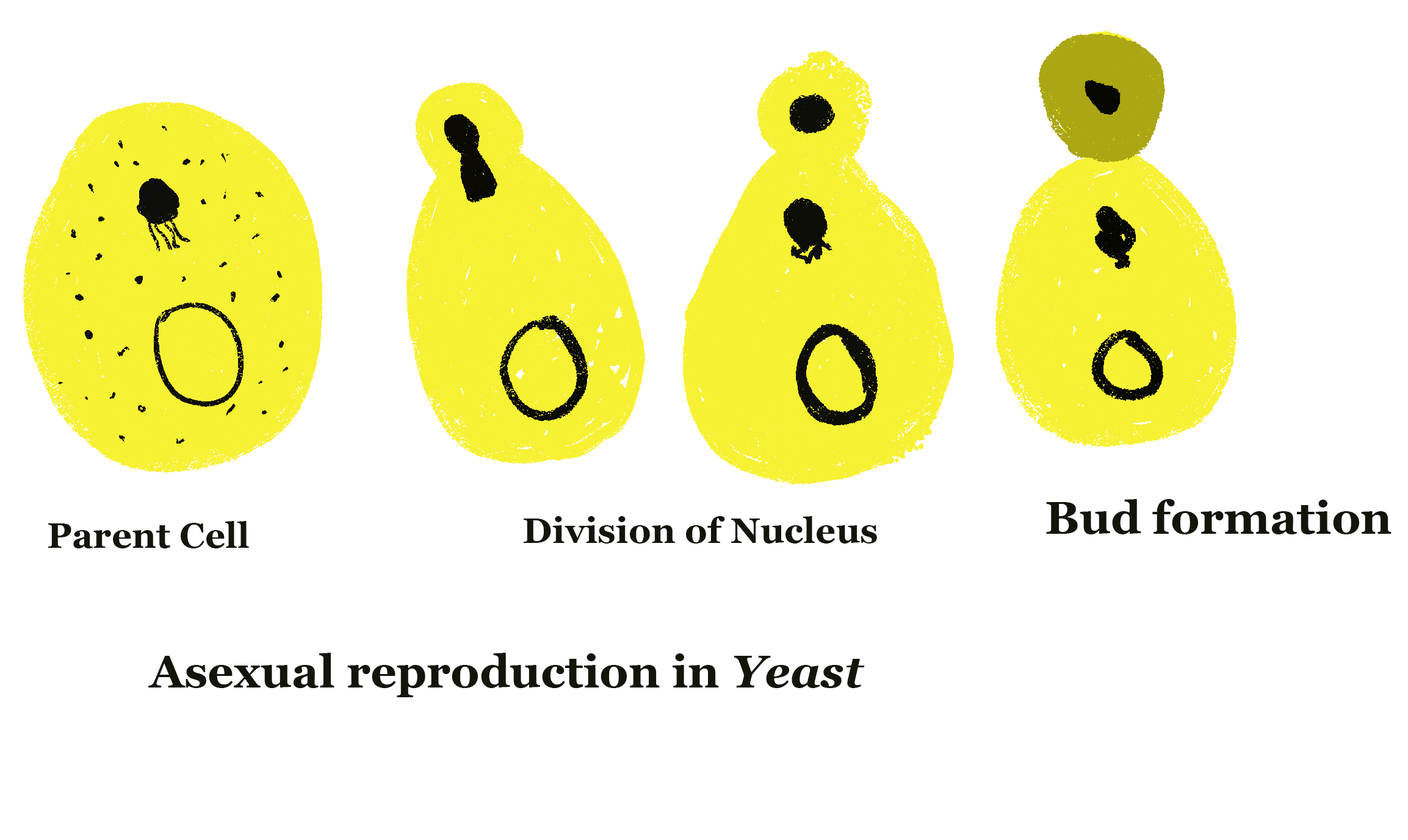 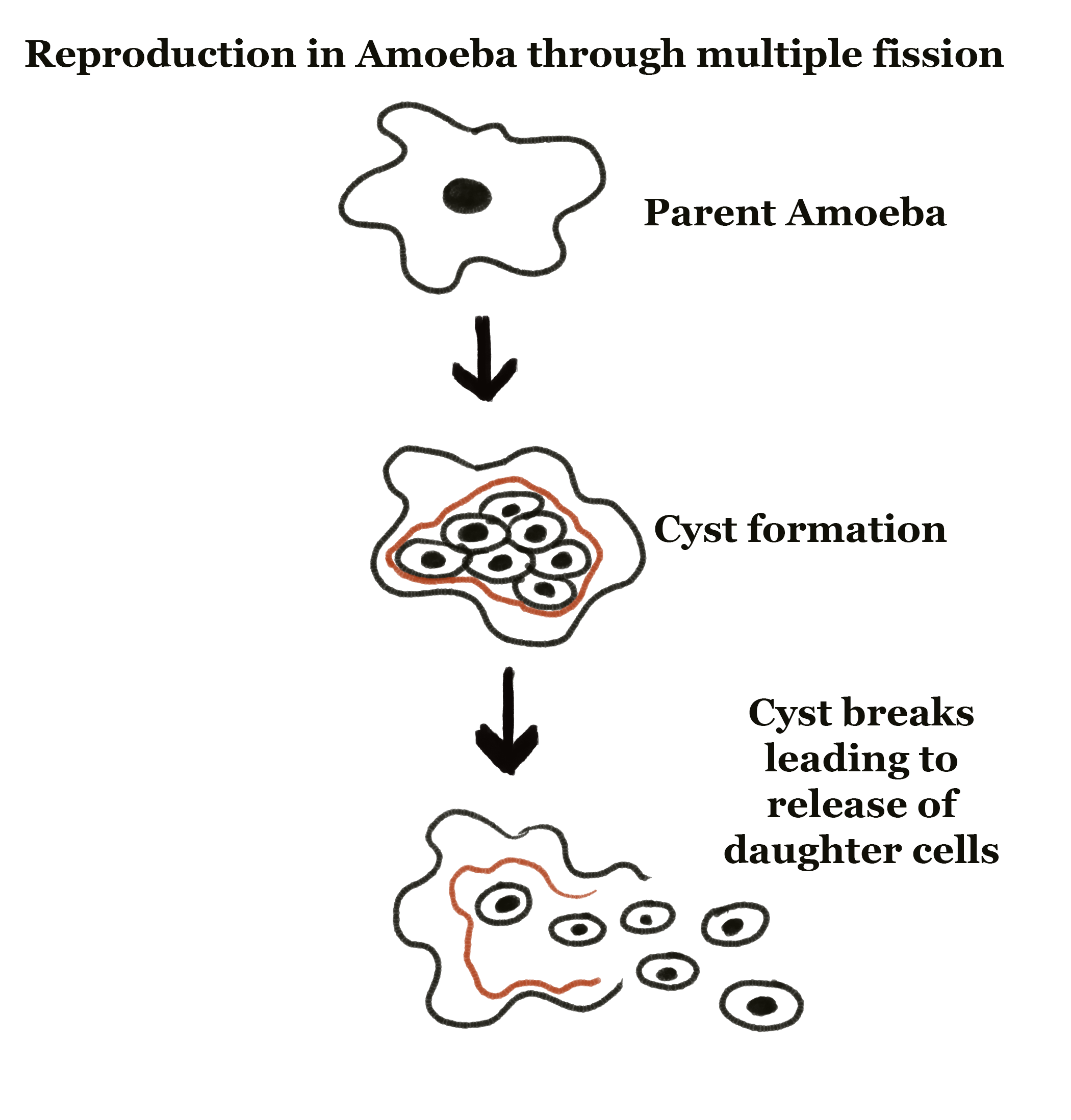 Amoeba goes through some simple phases in its lifespan.

Some other modes of asexual reproduction 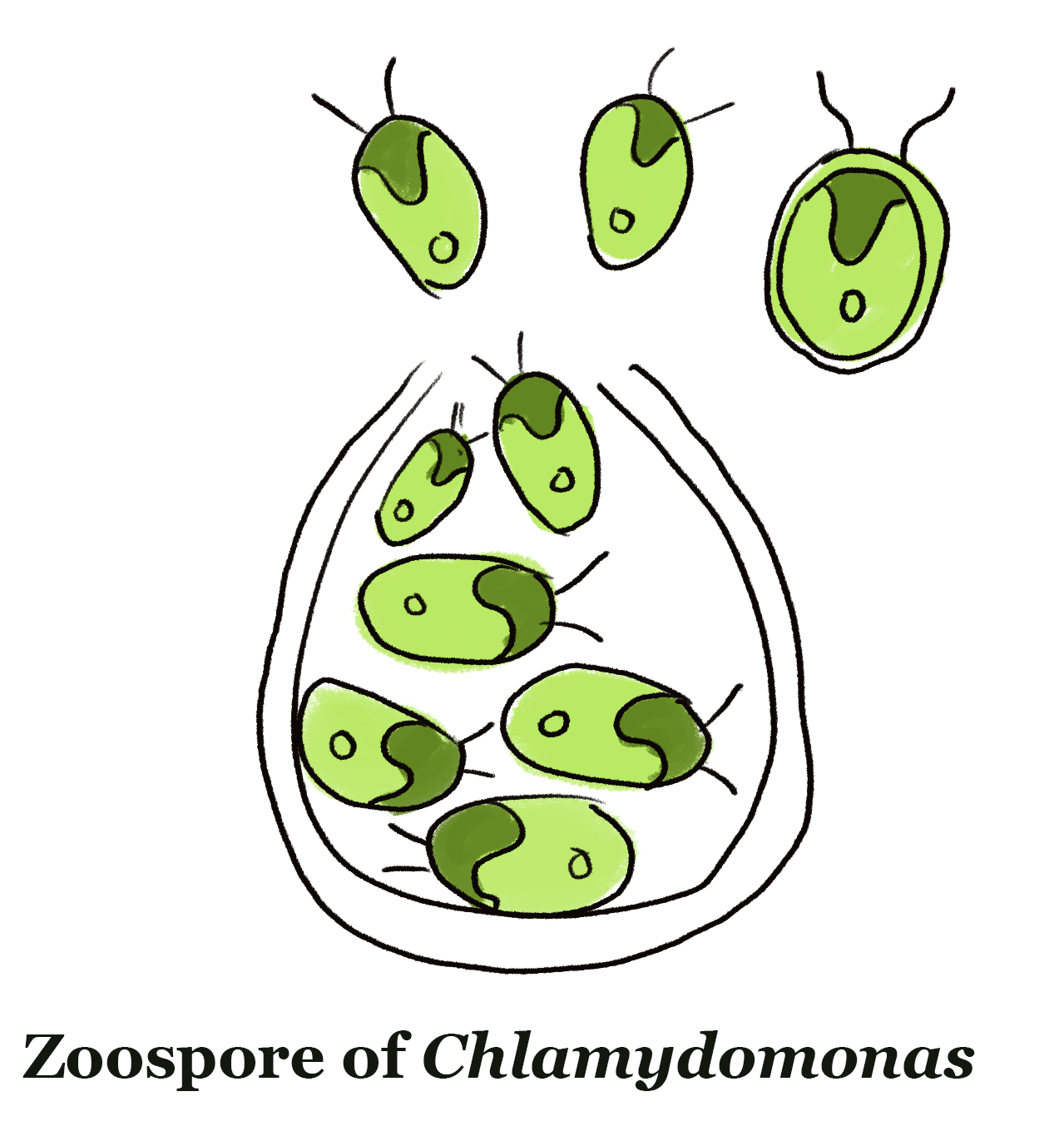 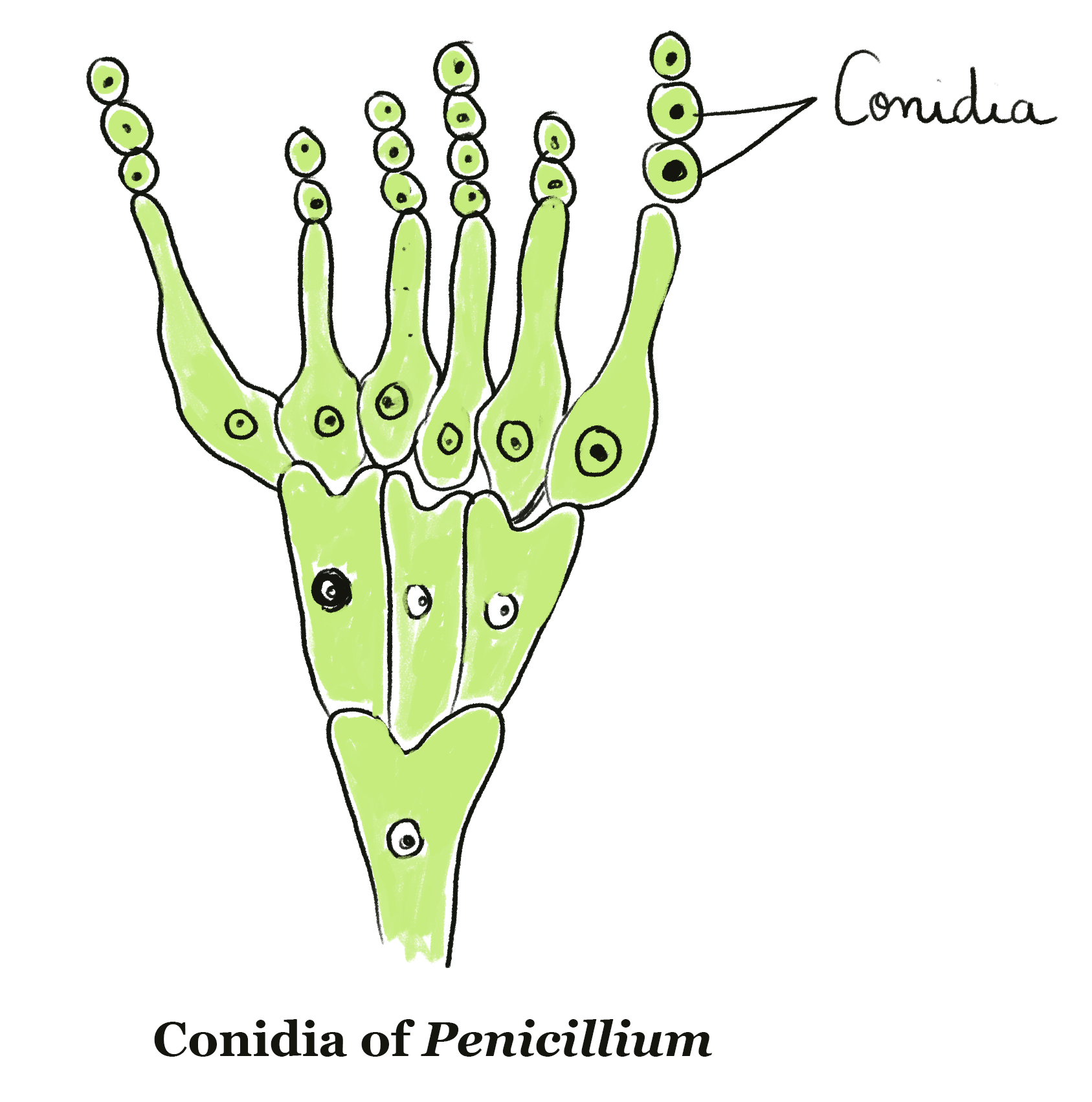 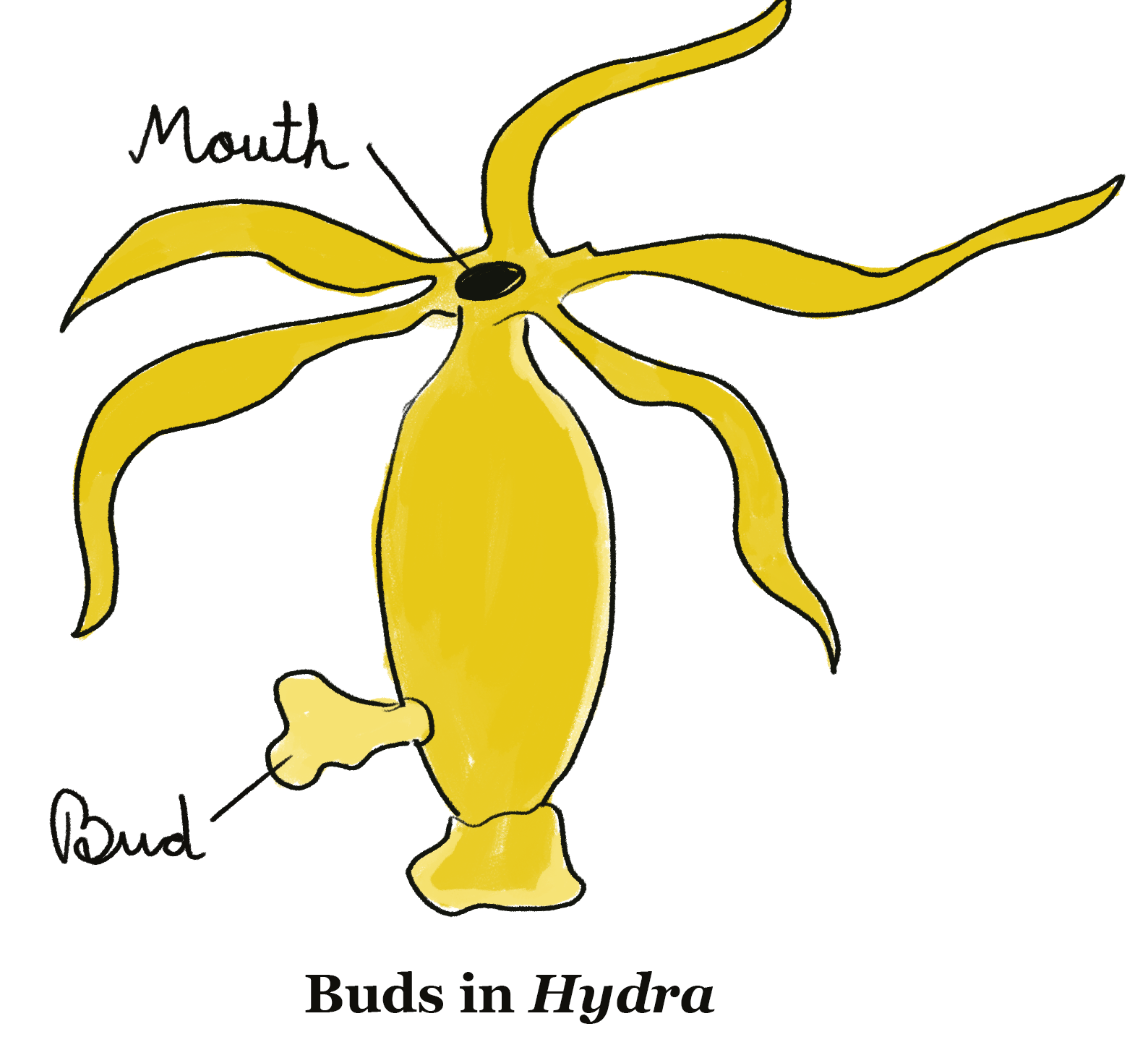