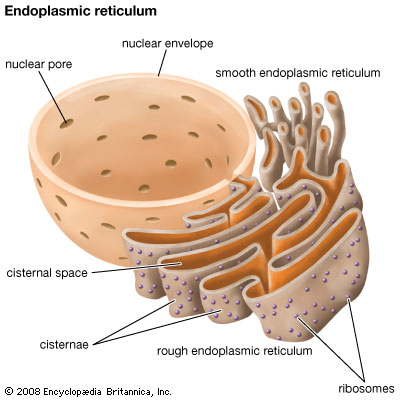 The endoplasmic reticulum (ER) is an important organelle in eukaryotic cells. It plays a major role in the production, processing, and transport of proteins and lipids. The ER produces transmembrane proteins and lipids for its membrane and for many other cell components including lysosomes, secretory vesicles, the Golgi appatatus, the cell membrane, and plant cell vacuoles.