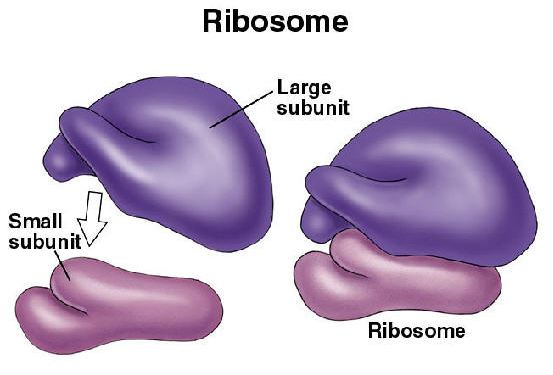 Ribosomes are a cell structure that makes protein. Protein is needed for many cell functions such as repairing damage or directing chemical processes. Ribosomes can be found floating within the cytoplasm or attached to the endoplasmic reticulum.

The location of the ribosomes in a cell determines what kind of protein it makes. If the ribosomes are floating freely throughout the cell, it will make proteins that will be utilized within the cell itself. When ribosomes are attached to endoplasmic reticulum, it is referred to as rough endoplasmic reticulum or rough ER. Proteins made on the rough ER are used for usage inside the cell or outside the cell.